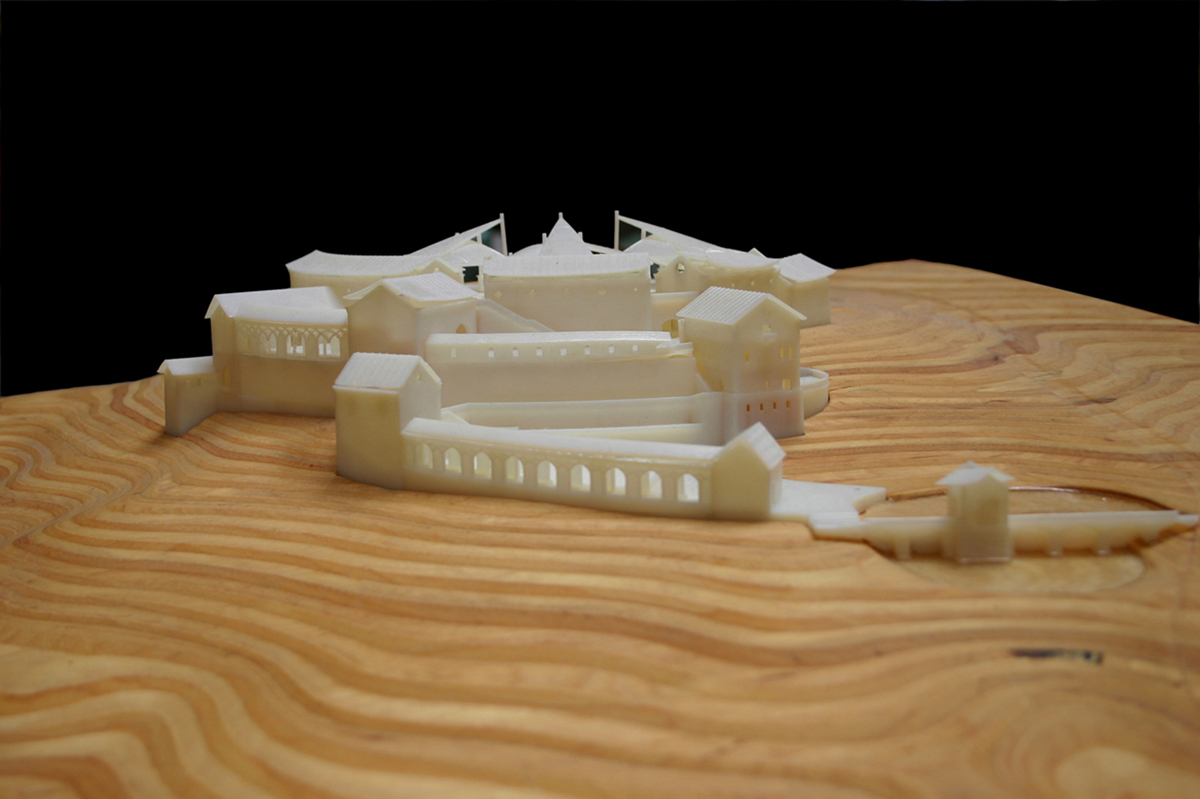 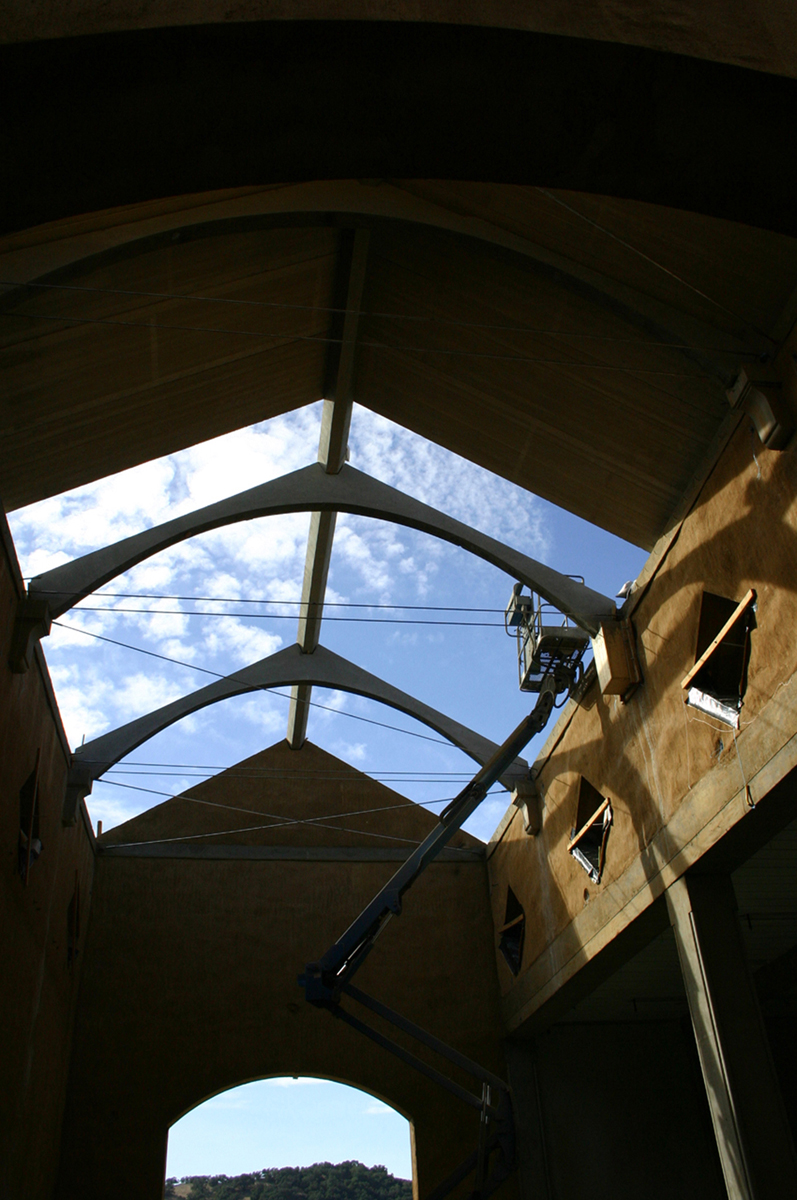 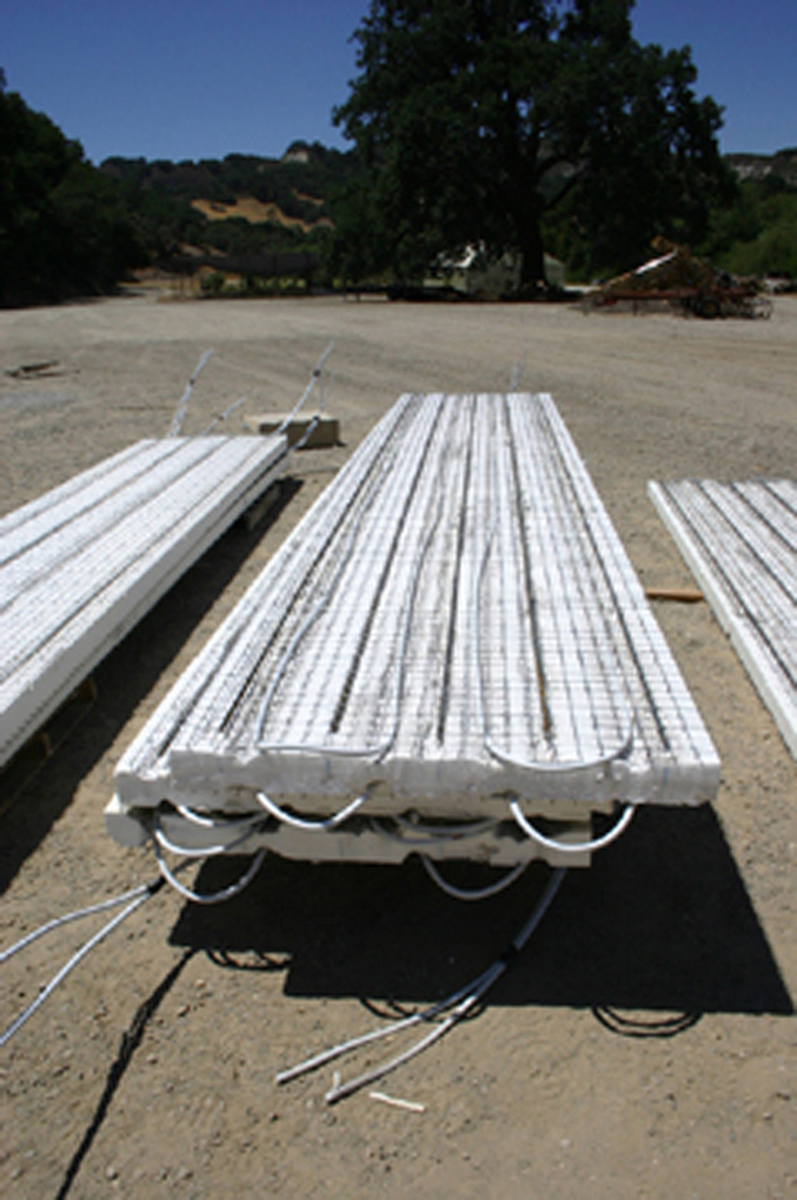 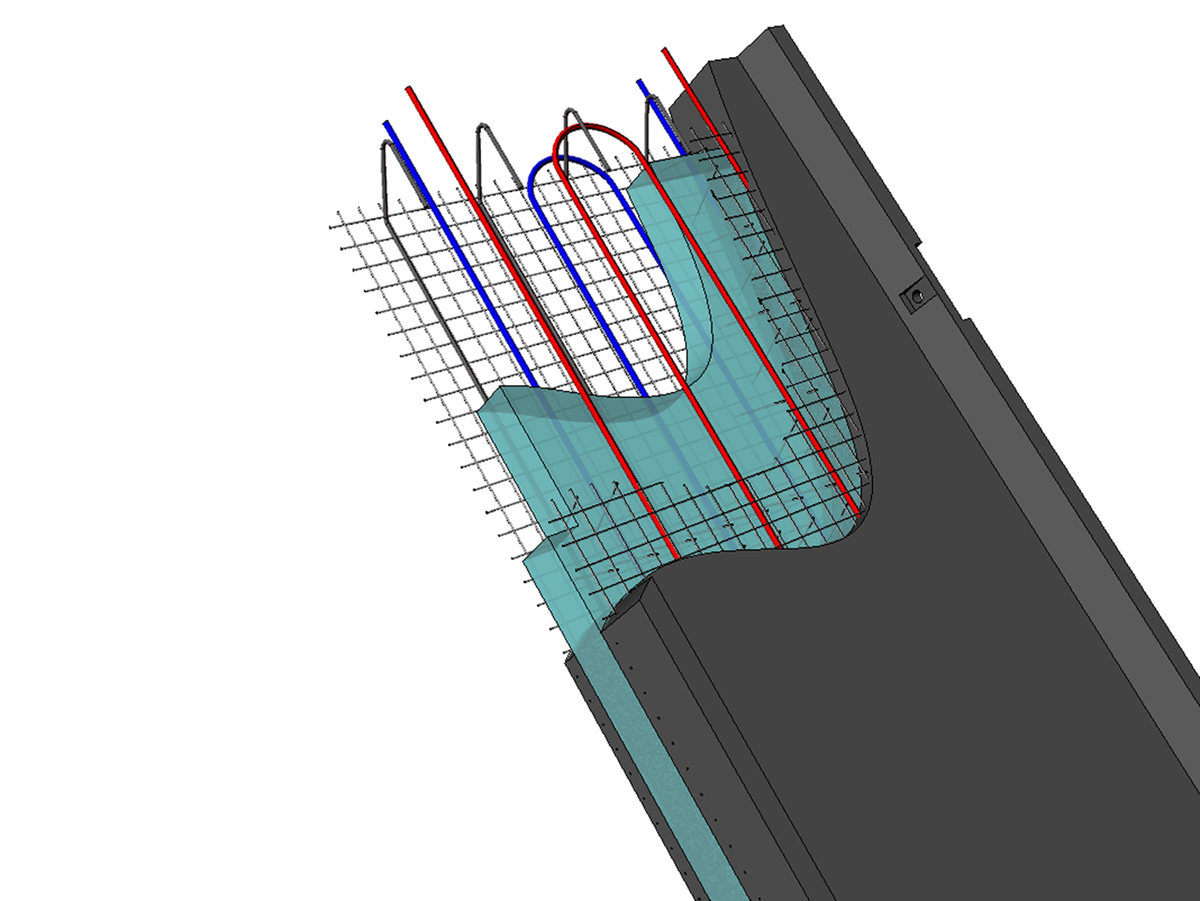 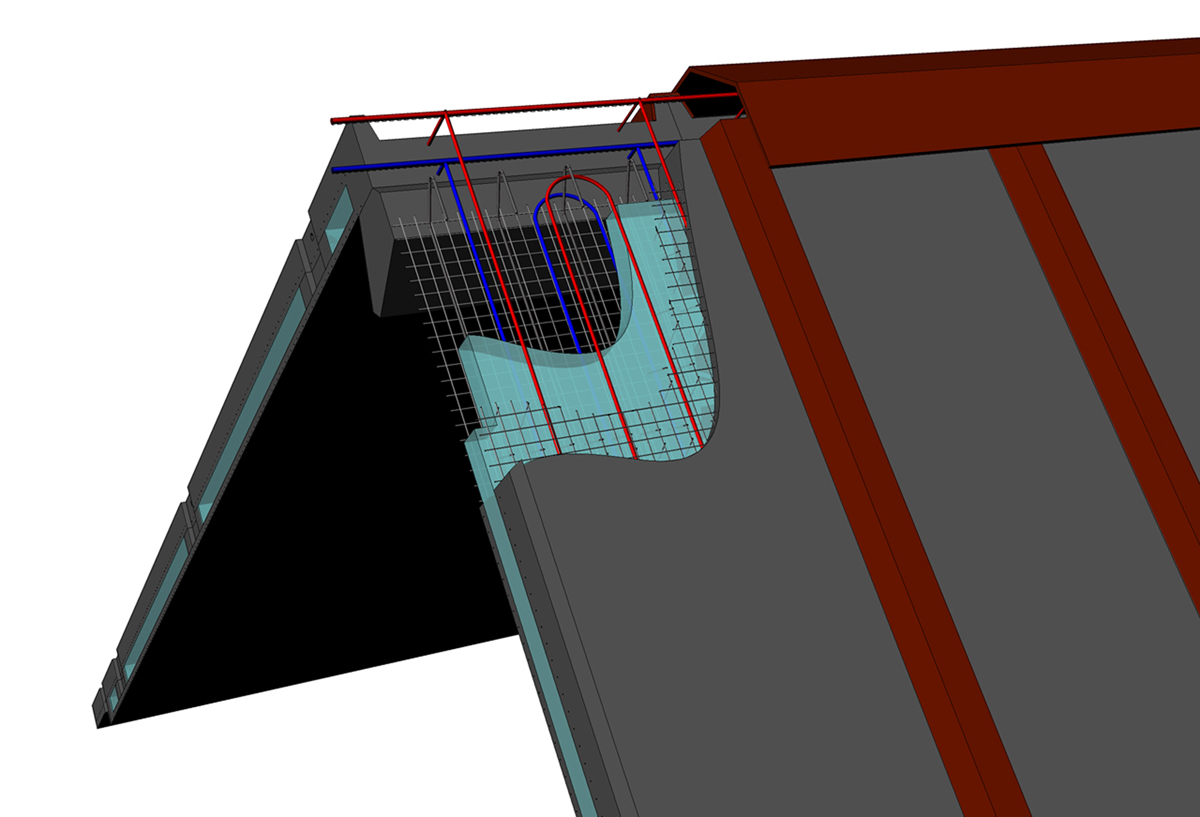 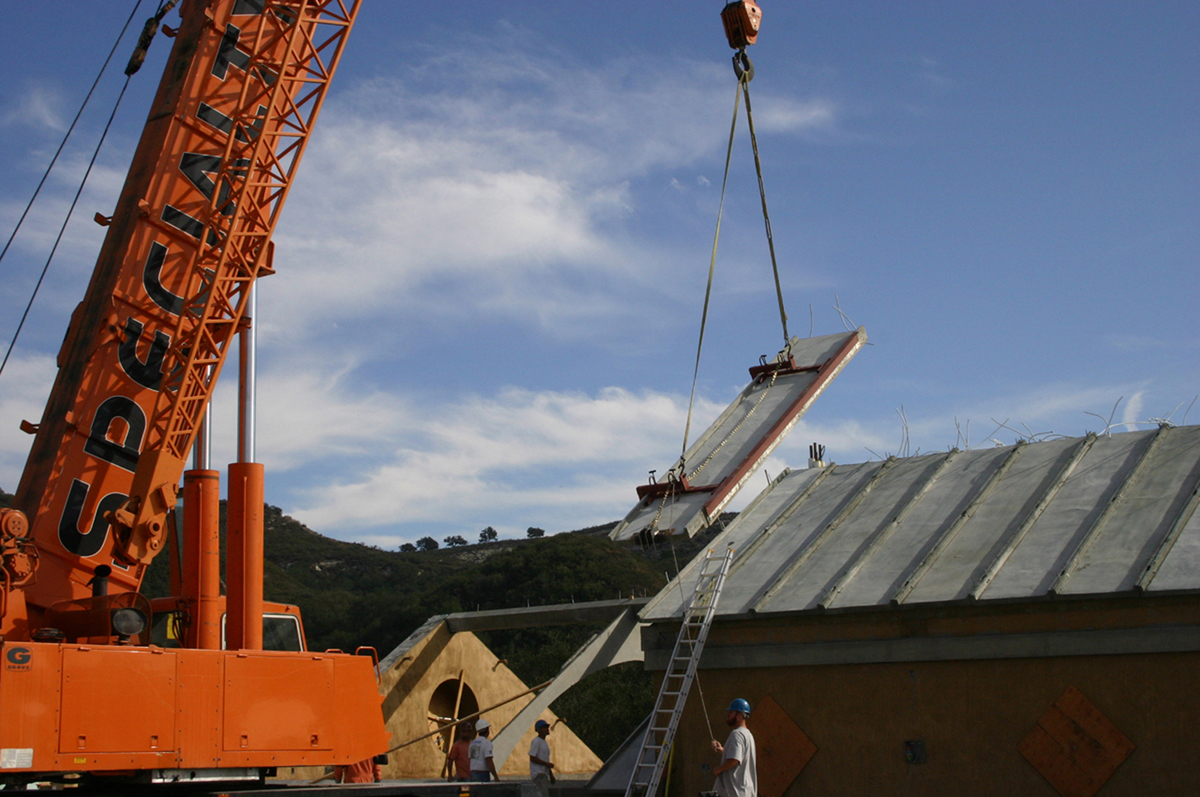 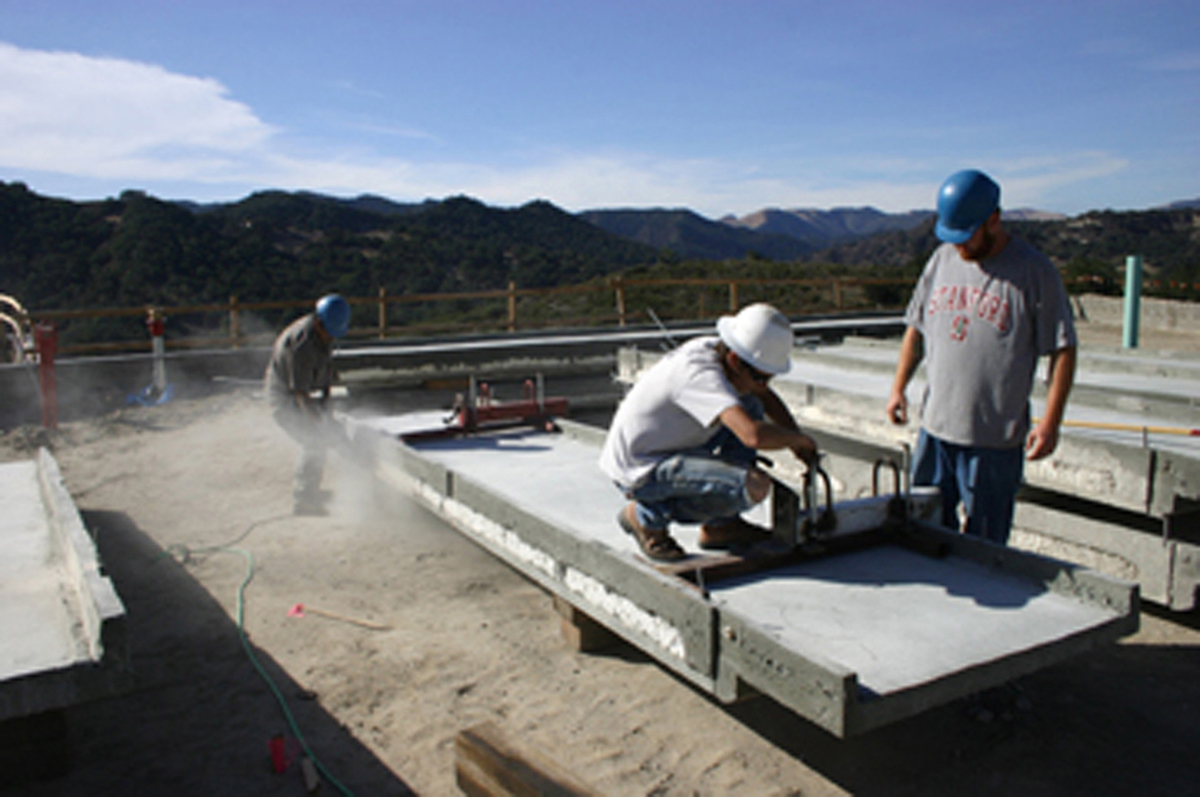 Galatea was designed to be a 120,000 square foot straw bale winery, the largest straw bale building in the world. In addition to the obvious thermal advantages provided by using straw, the design also implemented a patented Spar Membrane Structure that connects two leaves of concrete around the thermally resistant core. In so doing, incredible in and out of plane stiffness would be achieved, allowing the project to also include the world’s tallest bale wall at 70 feet.

Eric Spletzer’s primary responsibilities on this project were the 3D Model, the physical model and construction detailing. The model rendered here was developed in Rhino & Grasshopper, and was rendered in Maxwell. An entirely boolean model, it was used to develop a 3D printed model, set in an Applewood CNC’d topography.

Ambitious in its scope, the project sadly stalled in the fall of 2008. To this day only 10,000 square feet of barrel storage is built.
Architect & Engineer: Integrated Structures, Inc.