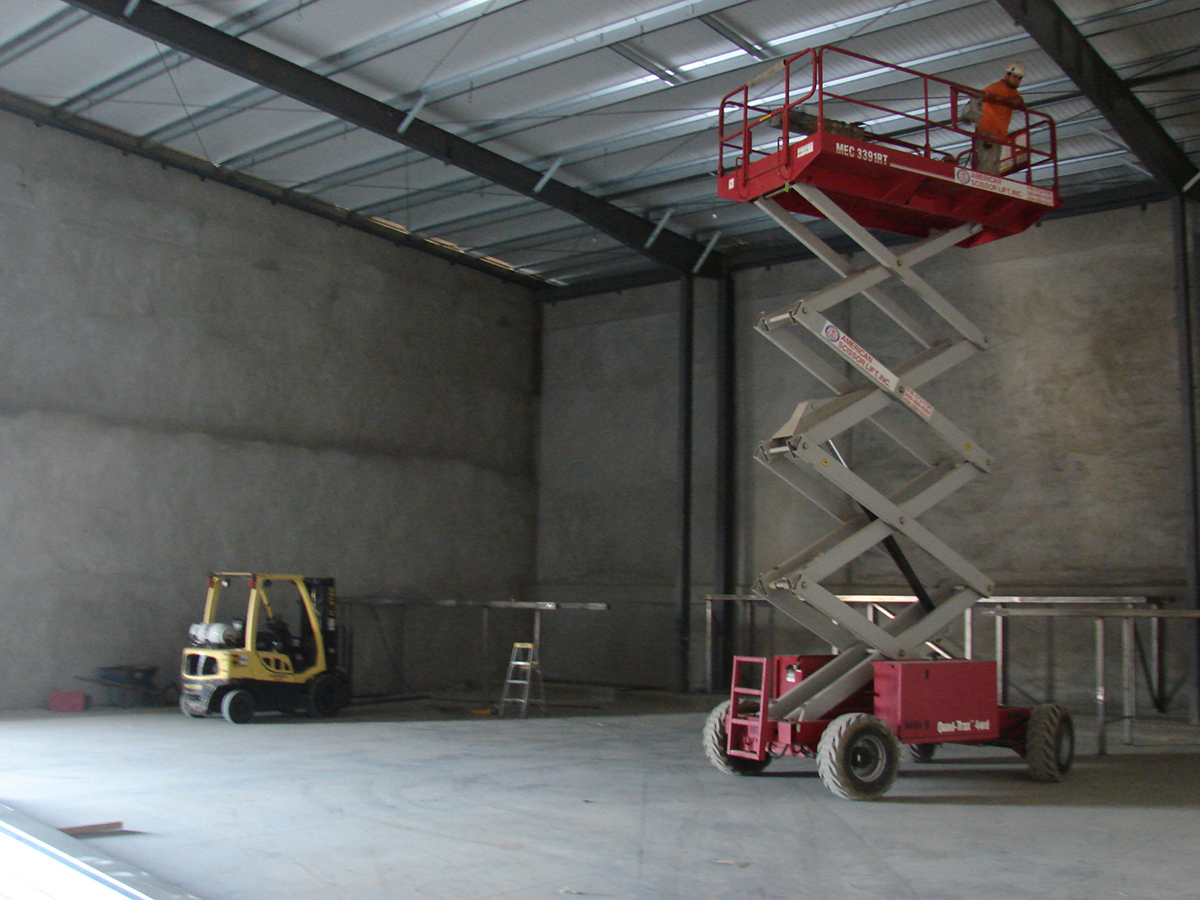 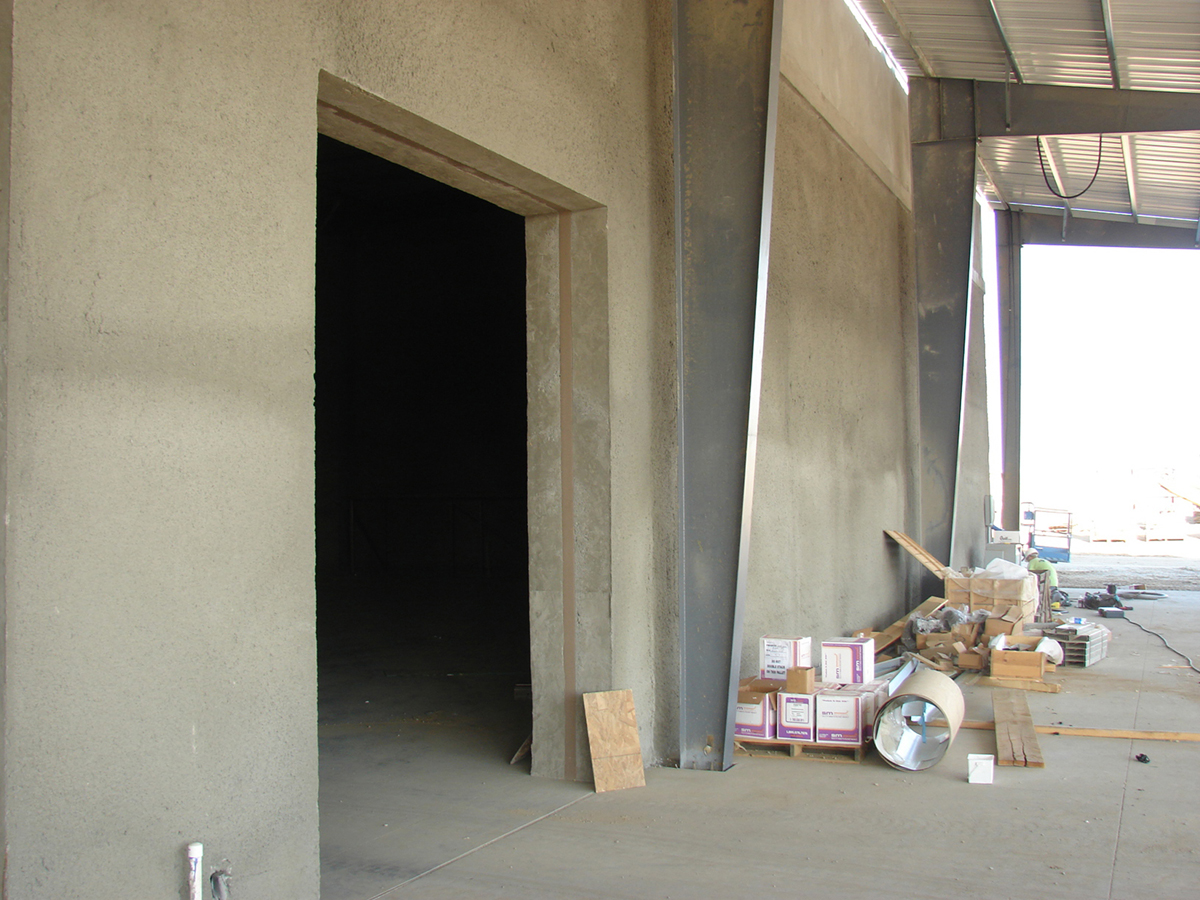 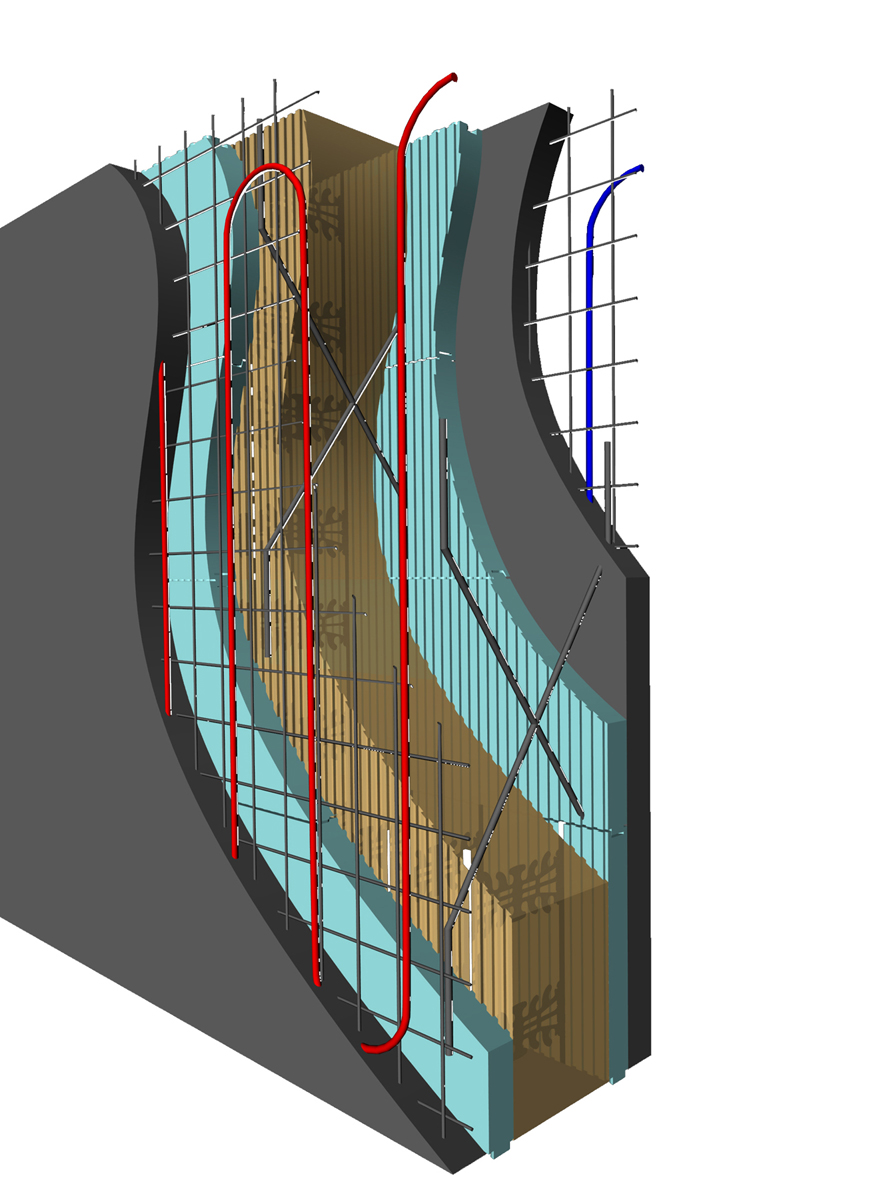 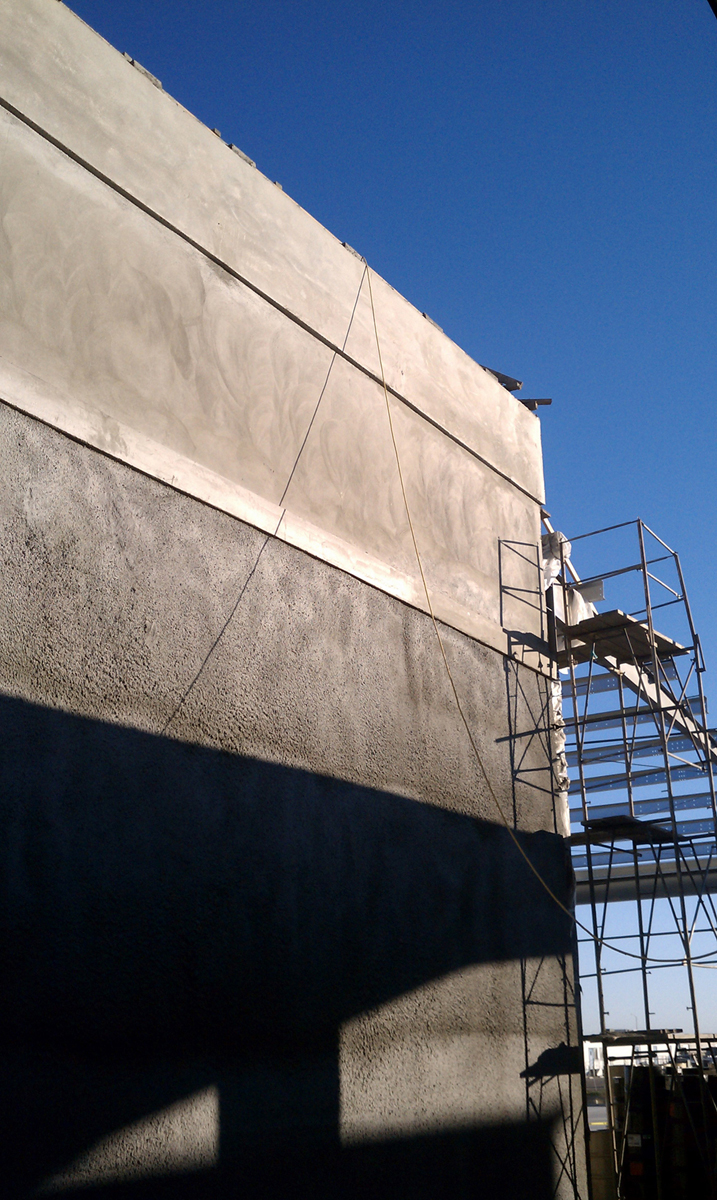 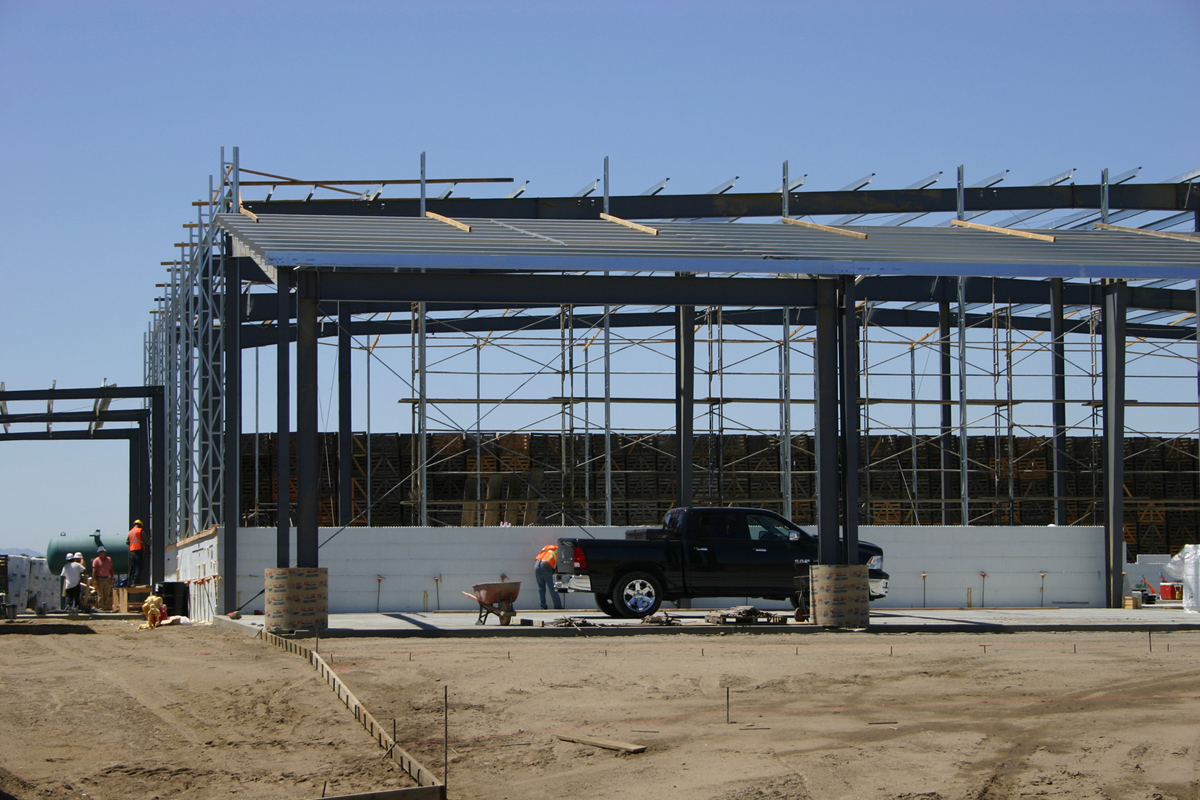 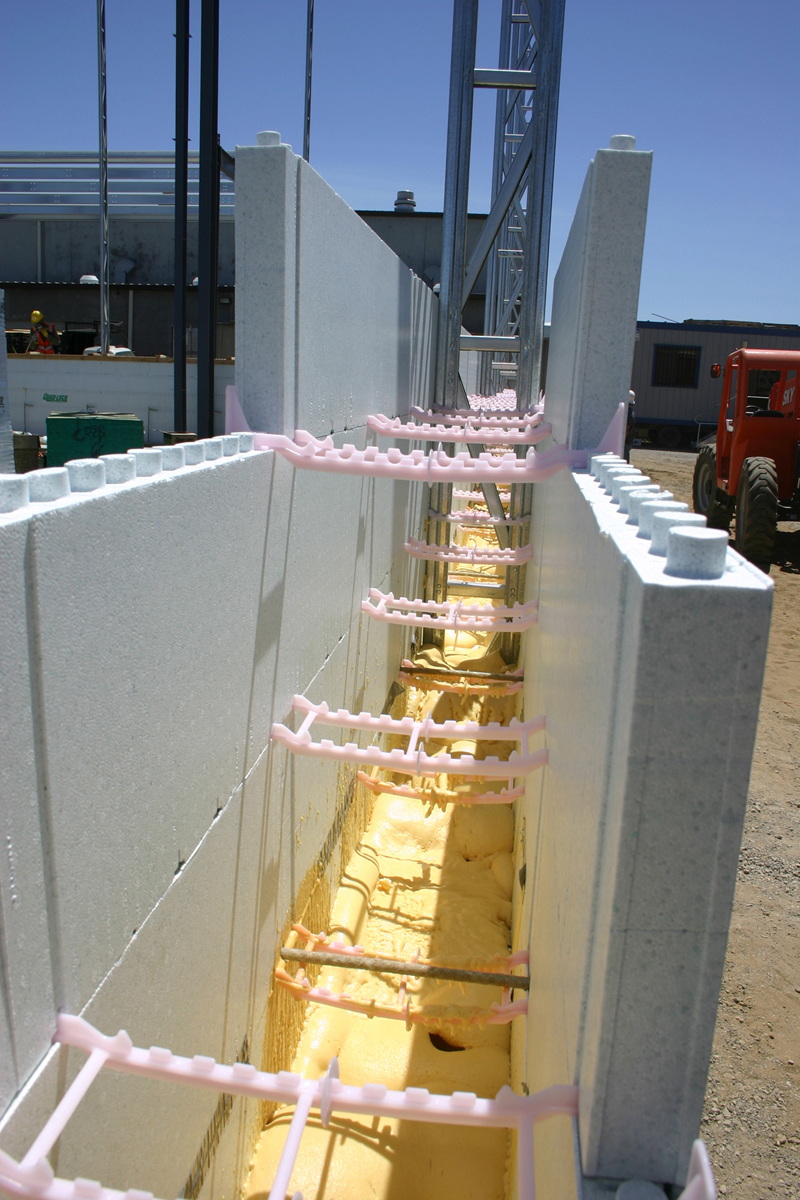 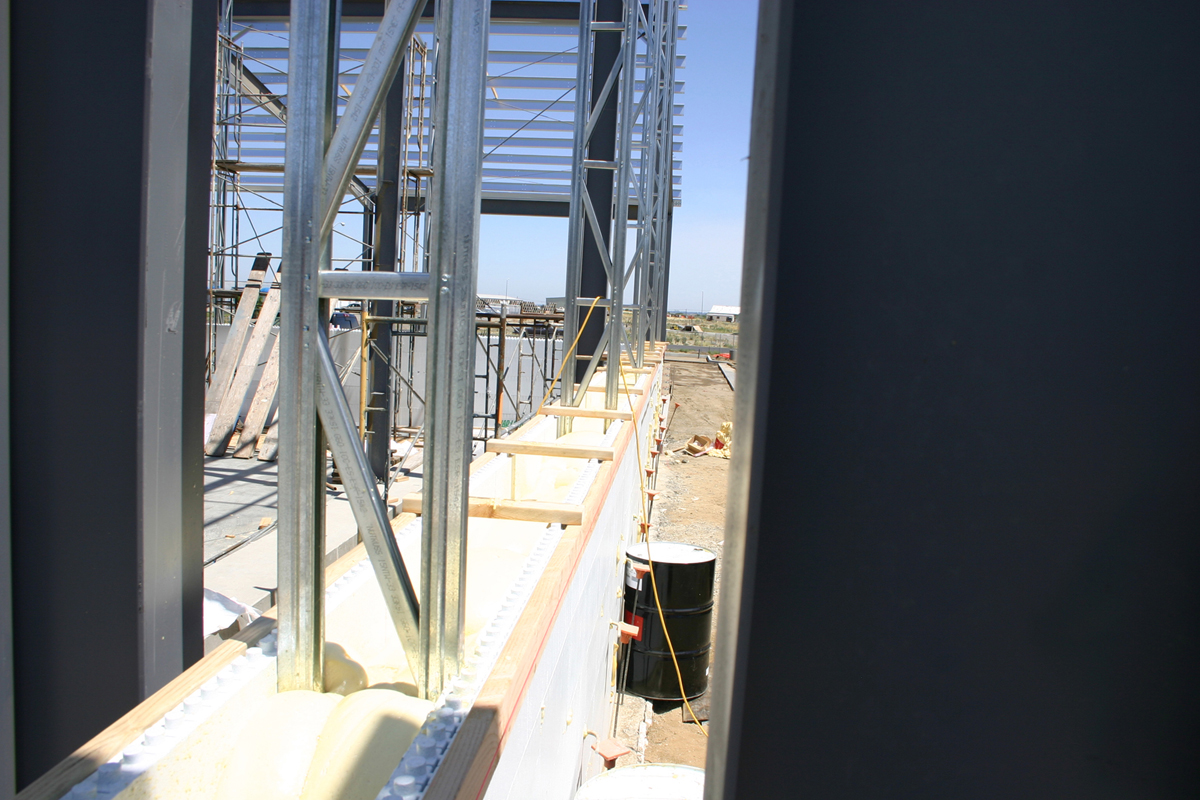 California Vegetable Specialties is the second largest producer of endive in the U.S  Endives have special requirements for cold, not only for storage, but also to simulate a winter environment, as it is the early post winter growth of the chicory root that produces the endive. Because of this, endive production is a very energy intensive job. The building requires a 37 degree operating temperature for six continual months every year.

In order to achieve great thermal efficiency and strength, the design team developed the Energy Mass Wall (patent pending). Using traditional foam based form-work, which is typically designed to be filled with concrete, the wall is instead filled with foam, and then concrete is sprayed on the outside of the entire assembly. Connected with thermally inert fiberglass reinforcement, the wall can achieve incredible strengths, an R-value of over 100, a fire rating that surpasses and fire code rating, and enough thermal mass to mitigate any daily swings in temperature, where even a half degree fluctuation can make or break a crop.

Using extensive energy modeling, the design of the building would save the owner over $200,000 in operating costs a year and pay for itself within seven years. In the first year of production we have beaten those numbers by 40%.

Eric Spletzer is responsible for the structural plans, thermal modeling, and payback analysis for this project as well as a percentage of the construction administration.
Architect & Engineer: Integrated Structures, Inc.